The suit is not dead

The world is distracted by an unfolding tragedy that has paralysed businesses and up-ended lives, and stylish formal workwear has been shelved – at least for a while. The tailored business suit, worn almost as a uniform at office meetings and conferences around the world for a century, has lost ground and may be on the way out, especially for younger generations.

Ho and his partners were forced to close their bespoke tailoring Refinery store in Hong Kong’s Central during the pandemic to concentrate on running their online business and the flagship store in Tsim Sha Tsui. “A lot of people in fashion retail, especially tailoring, have taken a big hit,” he says. “Even before the pandemic we were seeing a general trend toward dressing down. Covid accelerated that process. During some of our worst months we saw business drop by 70 – 80 per cent.” 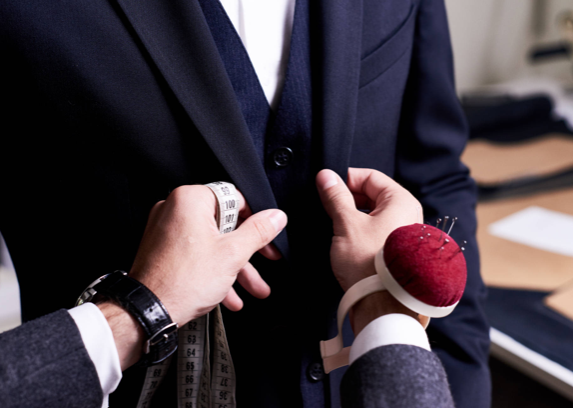 He says the slump has been felt across the tailoring industry, and he knows of many Hong Kong tailored-clothing establishments that have been forced to either cut back or close altogether. More than 95 per cent of Refinery’s business is local, he says, adding that tailors which rely more on visitors than on local trade have been hit hardest as a result of the toxic combination of pandemic social changes and Hong Kong’s stringent border restrictions.

Men’s business suits, he adds, have evolved over the decades to flatter men’s physiques, to make chests look bigger, waists look smaller and to camouflage the middle-aged spread of unsightly bulges. It’s widely accepted that portly men like former US president Donald Trump look far slimmer and more appealing in a business suit than they do in a golf shirt and jeans.

Even so, the clean lines of the formal business suit or lounge suit, with hard-edged lapels and sharp shoulders, are blurring and softening in the current age of casual wear. Ho is wearing a dark blue linen suit, soft in the shoulders, with a relaxed construction. “This has become work appropriate, even in more formal work environments,” he says.

For his part, Roshan Melwani, managing director of the famed Sam’s Tailor establishment in Tsim Sha Tsui, is adamant the formal suit is here to stay and he blames border restrictions rather than changing tastes for the current slump in tailoring. The suit is still the king of men’s wardrobes, he says, and the demand for bespoke tailored clothing will come roaring back once pandemic restrictions are lifted and the world returns to life as normal. 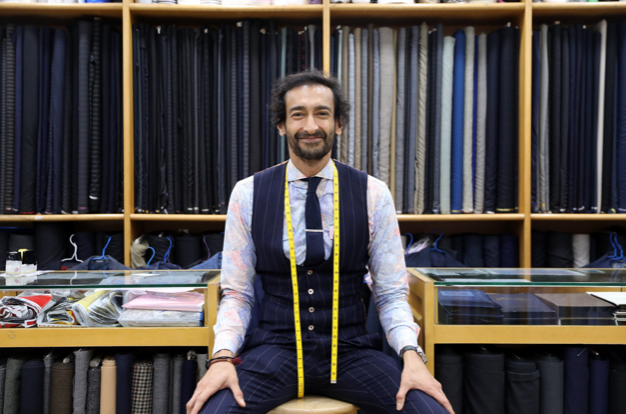 “The suit is not dead, people have been saying that for many years, and it’s not dead,” he adds. “People still want to wear suits, they still wear suits.” The pandemic sent famous fashion brands to the wall around the world and brands marketing dressier clothes have been hit particularly hard. Once a byword for elegant suiting, the 200-year-old US company Brooks Brothers crashed last year and will relaunch with a more casual focus and a leisure-wear line including knits. The US company Tailored Brands, which operates Men’s Wearhouse and JoS. A. Bank, employing 1800 workers and running 1400 stores, filed for bankruptcy last year.

In Japan, corporate clothier Aoyama Trading, pummelled by the pandemic, has been forced to reduce the floor space at 400 of its stores and close more than 130, as well as laying off hundreds of employees. Similar Japanese clothing firms, such as Konaka and Haruyama Holdings, have been hit equally hard. Meanwhile, the Japanese government’s “cool biz” energy conservation drive, promoting cooler and more casual office wear, continues to dent the demand for tailored suits.

Lockdowns and the shift to work from home, now enthusiastically adopted by millions of office workers around the world, have driven the idea of chinos, jeans and even shorts and t-shirts as comfortable workwear.

Casual clothing giants like Uniqlo Japan have seen sales soar this year as the pandemic eases in the US and elsewhere. Once mostly worn for work-from-home Zoom meetings, now, in a natural evolution,  casual wear is now increasingly seen behind company office desks and in corporate meetings even as parts of the world including the US and the UK  take tentative steps away from social isolation measures.

It remains to be seen how permanent the pandemic “dress casual” move will be as the world moves on. Casual Fridays became Casual Everydays during the pandemic and office-workers in many nations enjoyed long stretches of working from home. Now many are determined not to return to the office, at least not full-time. The full force of the Covid-19 virus only struck in 2019, but to many younger workers, a two- or three-piece suit can seem like a relic of a bygone era.

Still, Sam’s Tailor’s Melwani insists the sheer authority and address provided by a suit is not something that can be easily dismissed.

Operating since 1956, Sam’s Tailor has a celebrity roll-call of clients including US presidents and film stars: Bill Clinton, Russell Crowe, Sarah Palin, Rod Stewart and Boris Becker. The pandemic has hampered the travels of the rich and famous who once dropped by to be fitted for a bespoke suit or two at Sam’s in Tsim Sha Tsui, but Melwani says the establishment now offers a DIY online fitting service which works well, and if there’s any problem the garment can be returned and altered, with Sam’s picking up the courier costs. “I get six, seven, eight Zoom calls from clients every day,” he says, sure the world will return to the tradition of tailored suits for everyday business meetings in the fullness of time. “Yes, the future is rosy.”

The global shift to more casual wear has been underway for years, accelerated by the pandemic, and public figures have led the way, with millions taking note of US vice-president Kamala Harris’s beloved Converse sneakers and Facebook CEO Mark Zuckerberg’s long-held reluctance to wear anything more formal than t-shirts.

Just as cataclysmic wars have jolted fashion changes, the sweeping disaster of the pandemic has pushed a less formal, easier-wearing aesthetic, and these trends tend to take hold. After WWI, men’s fashions were influenced by a push toward practicality; knee-length waisted coats began to loosen and shorten and shift into shorter jackets. Various forms of the standard tailored business suit then held sway for decades, with an unfortunate segue into safari suits best forgotten. A century after the Great War, the disruption and mayhem of Covid-19 has ushered in a new age of relaxed dressing to suit an unsettled world.

Dean Cook, head of menswear buying at British fashion retailer Browns, says there will always be a demand for well-made tailored suits and separates, even if they’re worn without formal shirts and ties.

Brown’s has recently launched a Made to Measure tailor service, in partnership with Zegna, and the retailer is concentrating on separates for a softer and more leisurely style.

“We have noticed that the customers who always bought a suit from Zegna and Tom Ford are now buying separates from the same brands because they trust them,” Cook  says. “The brands are also aware of this and have diversified their offer, appealing to a customer who is maybe working from home with the necessity for something smart but with a different aesthetic.”

Designers are looking to softer tailoring lines, travel suits and casual suits with more give that can be worn easily, Cook says.

“We saw a new direction when it comes to tailoring from the high fashion brands in refreshing colours during fashion week,” he says. “This was noticeable at Pitti, where we saw a lot of travel suits and casual suits that have more stretch and are easier to wear.”

He adds that in general the trend in men’s suiting is for “less structured tailoring”, noting that “comfort is now key”.