Eco-babies and the vexed generation

A production stage manager at a theme park, Helen Wu is in her 40s and she is both childless and a committed environmentalist. Since her wedding last year, her friends and colleagues have repeatedly asked her when she will have a baby, but her answer doesn’t change. “No,” she says. “As I grow older, more and more I think human beings are very destructive to the world.”

She first started paying attention to the natural world as a keen hiker in high school. She says a number of reasons to live an environmentally-aware life, which for her includes not having children. “What about nature?” Wu asks. “We are consuming it much faster than it can replenish itself.”

Environmentally-minded people around the world worry about how many children they should have. In 2019, Prince Harry interviewed conservationist Jane Goodall for Vogue and said he wanted to limit the number of children in his family. “Two, maximum!” he said. “But I’ve always thought: this place is borrowed. And, surely, being as intelligent as we all are, or as evolved as we all are supposed to be, we should be able to leave something better behind for the next generation.”

Hong Kong parents concerned about the natural world try to avoid single-use plastics, steer clear of baby wipes made from plastic resins, and recycle as much as possible. They opt for reusable nappies and second-hand baby clothes and toys, and take their children to parks and gardens to experience nature. 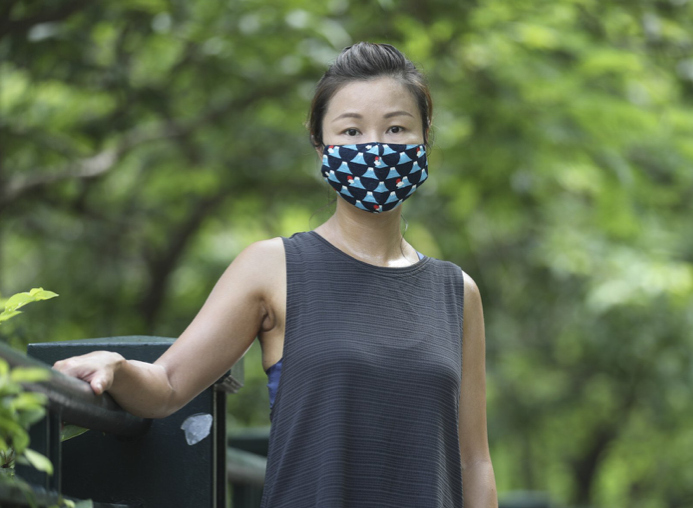 For her part, Wu, who is a graduate of the Hong Kong Academy of Performing Arts,  enjoys the company of her twin nieces and she has them over to dinner regularly. But she is concerned about the fate of a rapidly heating world and the destruction of so many wild places.

She works to reduce her own and her husband’s  environmental impact on the world and she lugs all her recyclable plastic to a Green District collection point to make sure it gets to a recycling plant. She tries to avoid all single-use plastic bags and takes her own bags to wet markets, for instance. “But it’s very difficult to influence people around you,” she says. “They think it’s inconvenient and dirty, and you have to wash your bag.”

Wu thinks people have to make important decisions when they have children.  “If I had to bear a child I would raise them in a way that’s hurting the environment less than normally people do,” she says. She worries that Hong Kongers often believe that surrounding their babies with new plastic is hygienically important and they have little understanding of its environmental cost.

“People want to give their children the best, but they’re surrounded by plastic and losing their sensations to real food and what things really look like,” she says, adding that some children don’t seem to understand that food is grown and harvested because they never see it unpeeled or unprepared. “Children don’t know what vegetables look like; fruit looks like.”

She is concerned about the emerging environmental difficulties today’s children will almost certainly have to confront in the decades to come.  Climate change is already bringing more frequent extreme weather to the world, including floods, droughts, wildfires and increasing fresh water shortages, with worse predicted as the weather continues to warm.

“That was my struggle. I am hesitant to have a child,” Wu says. “I don’t feel comfortable or confident that I can provide a better world for them. I am always wondering how many generations will last, treating the world like this.”

Wu’s husband doesn’t want children either, but more for political reasons than environmental concerns. They are among an increasing proportion of Hong Kongers who decide not to have children, with the birth rate falling to a 40-year low last year.

Birth numbers are falling in China, Japan, Singapore, Thailand, South Korea, Spain, Portugal, Italy and the US and the world is settling into a natural population decline, according to a Lancet report published last year. It’s difficult to tease out how much of a factor the fear of the worsening environment is in the birthrate decline, but it certainly plays a role for many women.

An increasing understanding of the grim reality of warming global temperatures and record hot summers has encouraged many would-be and new parents to consider their ecological impact. Environmentally-sensitive toy and clothing lines and second-hand outlets of children’s toys, clothes, and gear have sprung up to cater for the evolving needs of parents.

Horror stories about landfills clogged with hills of disposable nappies – diapers to many – have prompted a shift away from the plastic convenience of ‘use and discard’, and prompted some manufacturers to come up with lines of more eco-friedly disposables. 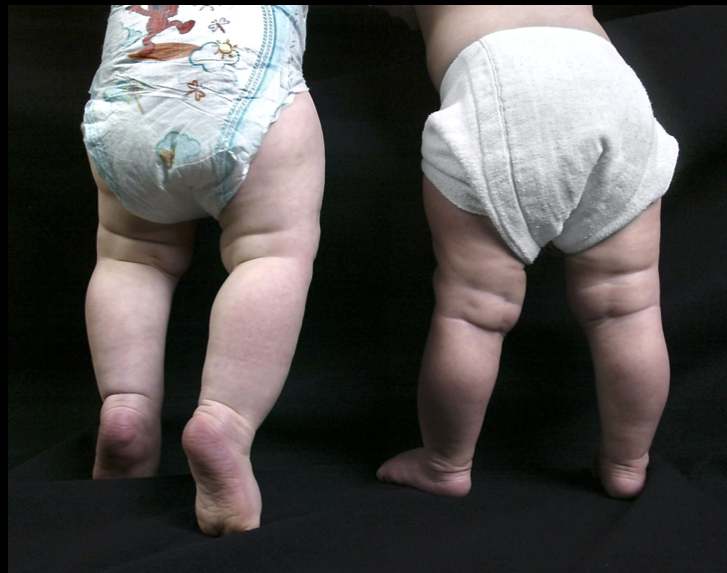 Disposable nappies, or diapers, damage the environment more than reusables.

Victoria Chuard, 34, has lived in Hong Kong for 13 years and she has two children, aged three and six. As well as working in the finance sector, she runs a children’s eco-friendly goods outlet called Petit Tippi, and a cloth nappy line called Just Peachy, which features a nappy (or diaper) with a sustainably-sourced inner pad in a laminated outer liner and designed so it can pulled up easily.

There has been solid growth in demand for green baby products, Chuard  says, and these days she even runs a monthly  cloth nappy workshop for novice parents. New parents are increasingly interested in reducing their consumption by taking advantage of second-hand babyware like cribs, change tables, and prams, and even nappies.

“Nearly all the parents doing the workshops say the number one reason is the environment,” she says. One cloth nappy can replace as many as 1,000 disposables, she adds, and these types of topline reusables should cost about US$1000 for a set that will last an entire babyhood and can be passed on, compared with about US$3000 for disposables. Much cheaper flat terry-cloth nappies are also available online and in shops and new parents can even find modern fasteners or old-fashioned safety pins to fasten them.

Chuard’s interest in finding alternatives to disposable nappies began when she was first pregnant. She wasn’t sure of the chemicals used in disposable nappies and how they would affect her newborn’s long-term health and she was worried about the damage they might cause to the natural world.

These days she is reasonably confident the world will wake up and change course to wind back climate change and avert environmental catastrophe. “It’s already happening,” she says, “and the next generation will be even more aware.”

Having a child was not an automatic decision for Fion Cheung, 39, WWF Hong Kong’s flyway manager (in charge of wetlands initiatives for migratory waterbirds). “My husband and I studied environmental life science at the University of Hong Kong, so we are quite aware of the future, especially the environmental change coming,” she says. “So before we decided to have a baby, we had this kind of discussion.”

They decided to go ahead, and their daughter, Yuet Ching To is now two years old. “After we decided to have a family, if it was possible, the next step was to think about how to be environmentally cautious,” Cheung says. “How can we reduce the ecological footprint? So we don’t use the one-off diapers, we use cotton cloth nappies. I insist on breastfeeding my baby to reduce the reliance on milk from cows, even though it’s not convenient.”

Cheung says her family tries to reduce its carbon footprint by reducing water usage and saving electricity – simple strategies anyone can follow. She and her husband acquired a lot of second-hand baby gear, including a baby carrier, baby clothes, a breast-milk pump and even cotton nappies, to reduce their consumption of manufactured items..

Still, choosing to live and work in ways that affect the natural world as little as possible is not difficult with a little planning, she says. “Many people would like to buy a lot of toys, so they can inspire their babies in different ways. I think the best toy you can find is in nature. I don’t have many toys at home; I take her to the park, watching the crickets and the butterflies, her response is really, really great.”