Eco-jewellery for the rich and conscientious

Still, although the tide of consumer demand now seems to be turning, miners around the world continue to wreak havoc on ecosystems and exploit vulnerable communities.

Usually driven by poverty, solo ‘artisanal’ gold miners in nations like Peru, the Philippines and Mali continue to use mercury to extract gold from sediment in a toxic and dangerous process. In July, waste matter from Angola’s biggest diamond mine poured into a river, filling waterways with toxic sediment and within weeks killing at least 12 people down-river in the Democratic Republic of Congo. Meanwhile there have been reports over the past year of Zimbabweans captured and tortured for trespassing on the nation’s Marange diamond fields, some of the richest deposits in the world.

Many in the jewellery industry, including the luxury brand Tiffany, now refuse to buy any diamonds from mines in Zimbabwe or Angola, regardless of their standing with the Kimberley Process, an international diamond certification scheme intended to reduce the flow of conflict diamonds. The Kimberley Process itself has been widely criticised as lacking rigour. 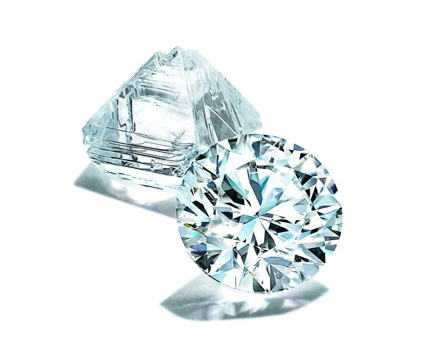 Many jewellers, including Tiffany, now refuse to use diamonds from Zimbabwe or Angola

According to Tiffany’s chief sustainability officer, Anisa Costa, the complex global supply chains in the jewellery industry have yet to catch up with the growing customer demand for transparency and traceability. “As more and more ask, the industry will evolve and adapt to satisfy rising demands for transparency,” she says.

In 2019, Tiffany was the first global luxury jeweller to provide customers with the name of the region or nations of origin of newly-sourced and individually registered diamonds, Costa adds. She hopes growing numbers of consumers will insist on knowing more about the provenance of the diamonds they buy, and where and how the jewels were crafted and set.

Scenting the winds of change, especially among younger buyers, Tiffany has also committed to 100 per cent traceability of all gold, silver and platinum used in its jewellery by the end of this calendar year. The brand now uses mostly either recycled precious metal or precious metals mined in the US. Ironically, the brand now widely seen as an environmental leader in the industry was slammed recently when a new Tiffany campaign featured the singer Beyonce sporting a 128-carat yellow diamond mined in South Africa in 1877.

Jewellers around the world are rapidly adapting to shifting customer concerns. A recent McKinsey report on watches and jewellery predicted a tripling of the sustainable jewellery market in coming years.

“By 2025, we expect sustainability influenced purchases will account for 20 to 30 percent of all fine jewellery sales (equivalent to US$70 to $110 billion),” the report concluded. “This would be a remarkable three to four-times increase from 2019.”

Yet a large proportion of the world’s jewels and precious metals come from the poorest parts of the world, so sustainable pieces and transparent supply chains, which have become an important selling point, can be difficult to guarantee and maintain. 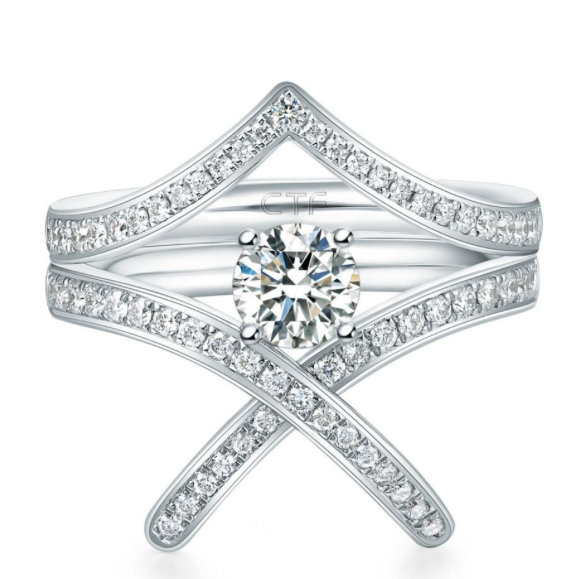 “Whenever they purchase products, they will consider whether the product provides an additional kind of value: to reduce carbon emissions and save energy.”

One of the largest jewellery groups in the world, with more than 4,800 shops globally, Chow Tai Fook is better placed than most to gauge customers’ intentions. The group formally and publicly launched a sustainability project in 2016 and these days it publishes an extensive online annual sustainability report.

The chain launched its T MARK sustainable diamond jewellery brand in 2016, he adds and today the brand accounts for almost 30 per cent of all Chow Tai Fook diamond sales. The group’s sustainable jewellery sector is growing in double digits every year.

Chow Tai Fook has a solid sustainability business model driven more by a concern for society than by the profit motive, Wong says. “We are working hard to contribute back to society, for the betterment of the consumer. That is one of the drivers for a further step into what we call sustainable jewellery.”

The group uses mined or so-called natural diamonds rather than lab-grown diamonds, he adds. “We source our rough diamonds from major mining companies  and strictly follow the best practice of the industry.”

Harsh Maheshwari, executive director of Hong Kong-based diamond trading company Kunming Diamonds, says diamond mines have generally improved in terms of both environmental sustainability and labour practices in the years since the film Blood Diamond was released in 2006. Starring Leonardo Di Caprio, the film shocked the world with a graphic portrayal of the horrors of diamond mining in a war zone.

“I think that over the past ten years, diamond mining companies, small or large, adhere to certain environmental standards,” Maheshwari says, adding these companies  follow a trend that has permeated the world’s commerce since global warming was first widely recognised as a global threat. Sustainability has become a “buzzword” in many fields, he adds, and jewellery is no exception.

Kunming Diamonds is an audited and certified member of the London-based Responsible Jewellery Council (RJC), Maheshwari adds, and it guarantees the diamonds it trades are “conflict-free and they don’t come from Zimbabwe”.

Global organisations such as the RJC, Diamonds Do Good and the World Diamond Council work to ensure standards are met, he says, adding there is now auditing for many players in the industry, from companies in mining, manufacturing and trading, to retail. 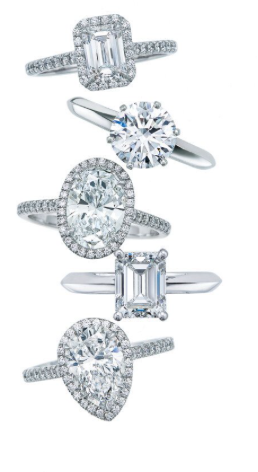 For its part, the RJC says it has more than 1460 members along the entire jewellery supply chain – including 70 per cent of the world’s rough diamond production. RJC members include big-name designers like Chanel and Cartier.

The organisation says it has a 2030 Roadmap to measure the industry’s sustainability against the UN’s 17 Sustainable Development Goals (SDGs).

While some changes have been made to promote sustainable and ethical practices, the organisation concedes there has been a shortfall in the efforts needed to make a lasting difference in the industry.

“Whilst progress is being made globally against the SDGs”, it says, “there is collective acknowledgement that it is not yet advancing at the speed or scale required to achieve them by 2030”.