Tsunami of plastics trashing the oceans

June Wong So-kwan picks up plastic takeaway cups and boxes, plastic bottles, and supermarket plastic wrappings and containers on her regular rubbish collection trips to Hong Kong’s beaches. “When I do beach clean-ups in Hong Kong I find a lot of these kinds of wrappers, the pre-pack containers,” she says. “This is what you can usually find in the supermarket. I think it’s a very big issue.”

One of many volunteers who patrol the coast in their spare time, the manager for marine pollution at WWF-HK collects the trash in the never-ending effort to keep the beaches clean and try to prevent the plastic rubbish from floating out to sea. It’s a never-ending task. 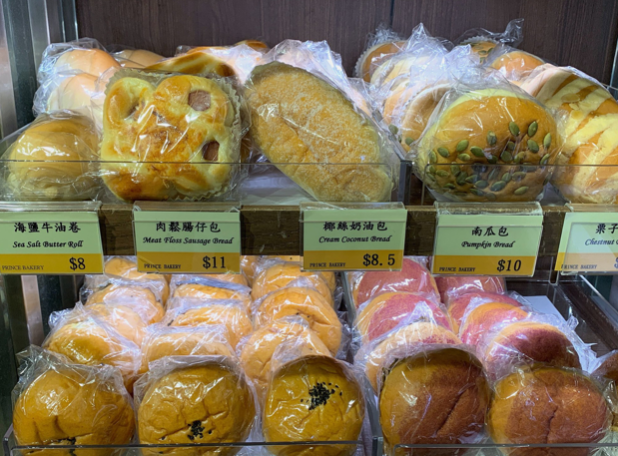 Despite persistent complaints from the environmental lobby, the supermarket titans have done little to rein in their massive appetite for single-use plastic. The Wellcome chain did not respond to repeated queries but a spokeswoman for the ParknShop chain says steps are being taken to reduce plastic packaging; adding safety, functionality, and affordability of packaging had to be considered.

Most of the ParknShop plans she outlines, though, will take many years to come into effect. The only short-term plan is to phase out EPS polystyrene by next year.

Over the longer-term ParknShop will possibly extend a trial of fruit and vegetables sold free of plastic packaging to 50 stores by 2030; reduce by half the sales of virgin plastic single-use items by half by 2030,  reduce the amount of virgin plastic in carrier bags by 30 per cent by 2030, and expand the number of refill station numbers in supermarkets by 2030.

“Irrespective of the government’s plans, we are constantly reviewing possible initiatives to reduce plastic waste sent to landfill,” the ParknShop spokewoman says.

Meanwhile, an EPD spokesman says Hong Kong’s Council for Sustainable Development at some point in the future will engage the public on the issue of plastic packaging. “The Government has invited the Council for Sustainable Development to launch a public engagement to collect views from the public on the means, scope and priorities of control, as well as the relevant timetable,” he says.

Most of the constant tsunami of plastic trash choking the world’s rivers and oceans comes from grocery shopping or takeaway dining. Twelve 12 million pieces of rubbish from oceans and waterways around the world were categorised for a study published in June. Roughly 80 per cent of the surveyed marine rubbish was plastic.

Published in Nature Sustainability, the analysis found that within that massive plastic grouping, the number one category was plastic bags, followed by plastic bottles, then plastic food containers and cutlery and then plastic wrappers.

Lead author Dr Carmen Morales from the University of Cadiz in Spain says a lot of work needs to be done around the world to limit plastic trash. “We can see some small steps, but sometimes these don’t address the core of the problem,” the research scientist says. “Consumers need to be informed and be able to choose.” She warns that false claims of environmental benefits are a widespread problem. “Greenwashing is all over the place, and creates a lot of confusion.”

Nations around the world are taking legislative steps to reduce plastic trash that washes into the ocean. Japan, for its part, has announced that from next April businesses will be forced to cut down on the provision of 12 plastic disposable items, including spoons and straws, to tackle marine pollution.

In Hong Kong a two-month government public consultation proposing a ban on plastic “disposable plastic tableware” ended in September and received more than 8000 submissions. “The proposal was generally well received by the community,” says a spokesman for the environmental protection department.

The consultation encompassed many of those plastic rubbish bits and pieces that travel from bright takeaway and cafe counters to polluted beaches, rivers and the oceans. Single-use plastic plates, straws, stirrers, cutlery (forks, knives and spoons), plates, cups, cup lids, food containers (such as bowls and boxes) and food container covers for dine-in and takeaway meals will eventually be regulated under the scheme proposed in the consultation. Phase one of the scheme, covering only expanded polystyrene (EPS) tableware, is not expected to begin until 2025. Phase 2 is somewhere down the track.

WWF will use the trigger of the tableware consultation to educate restaurateurs and restaurant chains on the importance of cutting back on single-use plastics. “We will give talks to the restaurants so they can understand more how serious the problem is,” June Wong says. “The restaurants have to know about the consultation; what they are going to face in maybe a few years.”

“Plastic is still too cheap and too convenient,” she adds, noting the Covid-19 pandemic and the subsequent explosion in demand for takeaway food in disposable plastic containers had been a setback in the fight to reduce single-use plastics.

A further public discussion on Hong Kong’s long-standing 50 cent levy on single-use plastic bags (those used for anything other than food or beverages) is also expected soon. The levy is a negligible cost for too many people, Wong says, so WWF is helping to run a public survey to work out how high a plastic bag charge would have to be to deter the casual shopper. Survey results are expected by the end of September.

Plastic bags are routinely automatically provided in Hong Kong’s wet markets and local food outlets unless individual customers refuse to use them. “It would be good if sales assistants had a message for those who don’t use plastic bags; something like ‘thanks for helping the environment’,” says Wong.

Meanwhile, WWF has now developed partnerships with takeaway food delivery firms like foodpanda and Deliveroo. “They have some influence, they can have alternative or sustainable choices or advice for their vendors,” she adds, saying these delivery firms were selling sustainable tableware to restaurants and cafes and considering the idea of a sustainable restaurant certification.

Some larger food and beverage chains are forging their own way. The Starbucks coffee chain, for one, says it has introduced wooden cutlery and reusable cold beverage cups in 850 outlets in Shanghai, rolling out to stores across China’s mainland by the end of 2021. The brand will also offer discounts to customers who bring in their own cups. In Hong Kong, Starbucks has introduced biodegradable paper straws and wooden stirrers, as well as biodegradable plastic utensils and salad boxes.

Meanwhile, sustainable bag and packaging companies have sprung up in Hong Kong to supply the burgeoning demand for alternatives to single-use plastics. These organisations  have to grapple with the reality that plastic bags, plastic containers and plastic  packaging are nearly always far cheaper than their biodegradable alternatives. It seems that unless steps are taken to subsidise biodegradables and, or, or force, the business world to cut down on plastic consumption, change is unlikely.

“Plastic has been in the market for so many years and we can’t deny the fact that plastic is very convenient and very useful,” says Devana Ng, co-founder of the Invisible Company, which sells single-use bags made from polyvinyl alcohol (PVA) which disappear in boiling water. “The price of plastic is very, very, cheap,” she says. “No matter what other materials are trying to compete with in the market, we can’t compete with plastic.”