With nationalist agenda, ‘Australia’s Trump’ advances ahead of poll

The resurgence of the ultra-nationalist and anti-immigration “Pauline Hanson’s One Nation” party in Australia has been reinforced by a national opinion survey showing that the party has doubled its support to 10% of the Australian electorate since November.

With Hanson’s anti-Asian and anti-Muslim rhetoric appealing to deep-seated prejudice in many parts of Australia, One Nation looks set to do well in state parliament elections in Western Australia on March 11 and a likely poll in Queensland in 2018.

The latest Newspoll survey, published on Feb. 26 in The Australian newspaper, found that One Nation was leaching support from Australia’s ruling conservative Liberal/National Party coalition, resulting in a show of strength that has alarmed moderates across the nation.Echoing the rhetoric of U.S. President Donald Trump, the flame-haired Hanson let fly in her maiden speech as a newly elected senator in the federal parliament last year, calling for a ban on all immigration by Muslims. 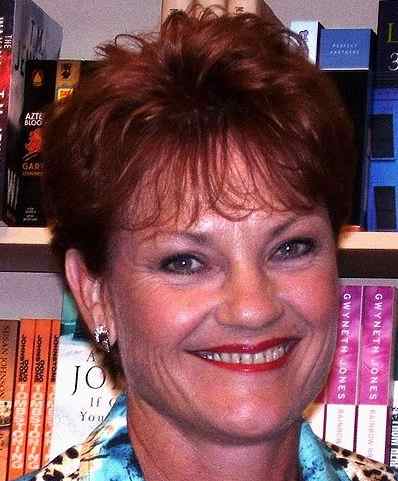 Pauline Hanson, leader of One Nation.

“Islam sees itself as a theocracy,” she said. “Islam does not believe in democracy, freedom of speech, freedom of the press, or freedom of assembly. It does not separate religion and politics. It is partly a religion, but it is much more than that. It has a political agenda that goes far outside the realm of religion.”

Hanson repeated her condemnation of Islam on March 5, in a wide-ranging television interview with Australia’s national broadcaster, the Australian Broadcasting Corp., saying that Muslims wanted to impose sharia law because they “hate Western society.”

She also praised Russian President Vladimir Putin. “I listened to a speech he gave in Parliament,” Hanson said. “Even the people here in Australia were saying, ‘I wish we had a leader like that here, I wish someone would stand up and fight for this country;’ that’s what the people expect.”

At the risk of alienating her working-class supporters, Hanson also told the ABC that she supported the recent decision by Australia’s national workplace relations tribunal — the Fair Work Commission to cut so-called penalty rates applied to Sunday workers.

Citing her experience as the former owner of a fish and chip shop, she said cutting penalty rates would boost small businesses. “If you look at penalty rates and why it was brought in, [it was] because people had a full-time job through the week and they worked weekends,” she said. “You went out to dinner on a weekend, that was something special. Now it’s become a way of life.”

Hanson has also repeated concerns that Australia was being “swamped by Asians,” rhetoric she first aired two decades ago. “[Some Australians] feel like they have been swamped by Asians,” she said in a press conference last year, “and regardless of that now, a lot of Australians feel that Asians are buying up prime agricultural land, housing.”

This rhetoric has been noticed in Asia. The Jakarta Globe published an opinion piece last year, entitled: “Dear Asia, Pauline Hanson does not speak for Australia,” and Hong Kong’s South China Morning Post ran an article headlined: “20 years after she warned Australia about Asians, Pauline Hanson takes aim at China investment and Muslims.”

Even so, Tshung Chang, a 44-year-old Malaysian-born One Nation candidate in Western Australia, told the Nikkei Asian Review that racism was not reflected in the party’s policies. “Before joining, I did my due diligence, and I checked all the policies and there’s nothing in there about ‘anti’ one group or another, it’s all about treating everyone fairly,” he said. “I’ve met Pauline. I’ve had dinner with her. She doesn’t have a racist bone in her body.”

Chang, who has lived in Australia since he was 14, blamed “underlying political correctness” for the often-heated public criticism of Hanson and One Nation. “Lots of people have been flocking to One Nation because it’s the party that’s able to call a spade a spade,” he said.

Chang is standing against the state treasurer, Liberal Party stalwart Mike Nahan, in the upcoming Western Australian election. Nahan is also an immigrant, from the U.S., his wife is an immigrant from Malaysia, and he is additionally the minister for citizenship and multicultural interests.

Chang, a multi-lingual financial consultant, remains undaunted, even though he has met with some hostility in the electorate due to his One Party allegiance. He said he has been targeting the government’s economic management, and side-stepping arguments about the party’s past. “I hope to win, but the odds are against me,” he said. “The betting agencies have me at 24:1. However, don’t forget, Trump was like that, and Brexit was like that.”

One Nation first appeared on Australia’s political stage two decades ago after Hanson was elected to the federal Senate as an independent lawmaker. The party then won a series of state parliament seats in Queensland, but subsequently splintered. Hanson was briefly jailed for electoral fraud, although the charges were soon quashed. She returned to the reformed party in 2013, and last year she and three other One Nation politicians gained their Senate seats in a general election, forming the fourth largest party in parliament’s upper house.

Analysis of the 2016 election by the ABC found that One Nation polled best in areas with relatively large numbers of voters born in Australia, disadvantaged areas, and areas with relatively low numbers of tertiary-educated voters. Many analysts and insiders have noted parallels with between One Nation’s resurgence and Trump’s victory in the November U.S. presidential election.

David McKnight, a political scientist at the University of New South Wales, said he saw Hanson as “Australia’s Trump” because her success was unexpected and her party was changing the political agenda. “She is hostile to China, like Trump, and she combines racial attitudes with opposition to economic globalization, like Trump,” he told the Nikkei Asian Review.

Like Trump, Hanson is riding a wave of voter disenchantment with the established parties and tapping into deep-seated xenophobia, even though One Nation has had some Asian faces in its line-up. Hanson repeatedly denies that she is racist, saying on radio last year that she had no problem with Asians: “No I don’t, I have a lot of people … in my party, and even members of my party that have Asian wives.”

McKnight, though, said he thought Asian countries would be concerned by Hanson’s continued success. “We have Liberals saying she’s more sophisticated now; it’s a different kind of organization,” he said. “But I don’t think she’s fundamentally changed.”

While One Nation’s rise was alarming, it had been blighted to some extent by the resignation or outright dismissal of a number of party candidates, he added. “They give every sign of incompetence and infighting,” he said. “They don’t have a long tradition, they don’t have the stability that comes from having a well-grounded party out in the community”.

McKnight noted that it was Hanson’s attitudes to Asia that finally brought John Howard, a former Liberal prime minister who won four successive federal elections, to criticize her. Howard had avoided alienating Hanson supporters for months after she was first elected to the federal Senate in 1996, saying her stance was a matter of free speech and any criticism was based on so-called political correctness.

Eventually, though, McKnight noted, Howard lined up against her. “I think part of the motivation for that was future relations with Asian nations, who were quite rightly shocked and amazed that those attitudes still exist today,” he said.