Internationally acclaimed Australian artist Brett Whiteley died alone from an overdose of drugs, including heroin, in a seaside motel 70km south of Sydney in 1992. Coming to fame in the hedonistic 1960s, Whiteley painted Bob Dylan and shared a New York building with Janis Joplin. He lived and worked with fierce energy in wildly different parts of the world — Italy, England, Fiji and Australia among them.

Despite the abrupt end of his colorful life at the age of just 53, Whiteley left behind a huge body of work — from sensual pen-and-ink nudes and delicate studies of birds to the huge art installation “The American dream,” which includes a visually violent representation of a nuclear explosion. His best paintings now sell for millions of dollars, and his art has been acquired by major galleries around the world. In 2013, his painting “My Armchair” was sold in Melbourne to a private collector for just under 4 million Australian dollars ($3 million). 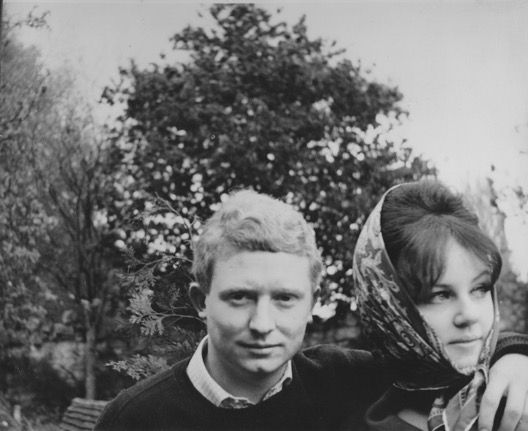 His talent and his notoriety has led to a lasting fascination with Whiteley among admirers of his work in Australia and abroad. Now a feature-length documentary about the artist’s life and work, titled simply “Whiteley,” released in May, is appearing on the billing at cinemas across Australia.

The film’s director and co-screenwriter, James Bogle, told the Nikkei Asian Review that the plans for the feature film first began to get traction back in 2014, and really took off when Whiteley’s long-time companion and ex-wife, Wendy Whiteley, got involved.

Enjoying the high life associated with soaring early success and, later, the disaster of heroin addiction, the Whiteleys were integral to one another’s lives for decades.

They moved to London in 1960, abounding with the youth and energy of the hip “new generation.” They married in 1962, and their only child, daughter Arkie, was born there in 1964. Whiteley’s prodigious talent was soon recognized and when he was just 22, the Tate gallery bought one of his paintings.

From a series of early abstractions, Whiteley went on to become enamoured of shapes, edges and daring proportions, and then the sensual curve, climaxing in a series of Wendy in the bath, but continuing throughout his career. He used pen and ink, acrylics and oils: developing a deep attachment to Winsor and Newton’s Deep Ultramarine oil paint, which resonates through many of his harbour paintings. 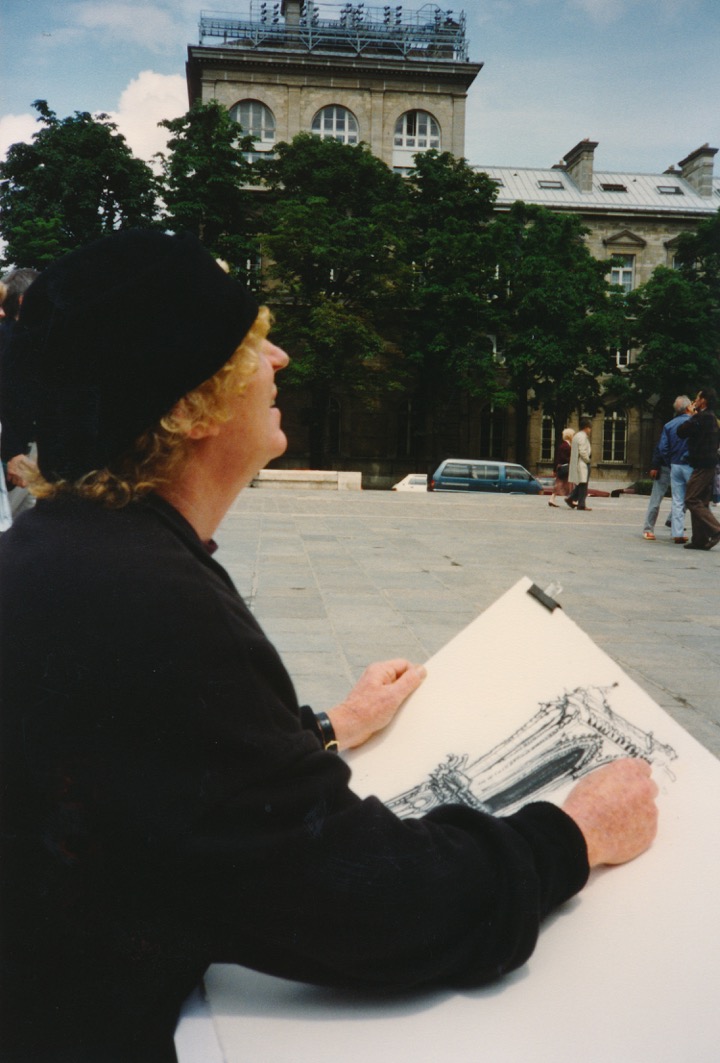 After many tumultuous decades, the Whiteleys finally divorced in 1989, just three years before Brett died. But Wendy’s approval and assistance were essential to the film, said Bogle.”When everyone knew Wendy was on board, the project really got a life of its own and people were interested in throwing money at it,” Bogle said. “I think a lot of people have wanted to make a film about Brett over these many years. It’s been 25 years since the last film was made, but it was never the right thing for Wendy and she’s pretty protective of Brett.”

“Whiteley” — a melange of archival footage, photographs, animation and images from notebooks — is the eighth most successful film at the Australian box office this year. Naturally, the artist himself is central to the documentary, metamorphosing from a uniformed Sydney schoolboy into a slim-hipped bohemian with a thatch of blond curls. His delivery in the old clips is staccato, verging on a stutter, such is his eagerness to explain his ideas about art.

Whiteley’s life in film and in words

The film follows an estate-approved biography of the artist, “Art, Life and the Other Thing,” written by Ashleigh Wilson, arts editor of The Australian newspaper, which was published last year. Bogle explained that he and Wilson were working on their projects at more or less the same time, and both conferring with Wendy.

Whiteley lived such a large and paint-spattered life that there was plenty of material for everyone, from the wild days living in New York’s notorious Chelsea hotel, with residents including Janis Joplin, to the tropical idyll of their Fiji sojourn — marred only by their prosecution and deportation for possession of marijuana.

The Whiteley story continued after his death. There was the battle over his missing will between his last girlfriend, Janice Spencer, and his daughter Arkie, who later died from cancer in 2001 at the age of 37. Most recently, two Australian men were convicted of art fraud in a sensational case concerning three contested Whiteley paintings, then acquitted this year on appeal. None of these elements are included in the film, which concentrates on Whiteley living and painting.

As much as possible of the film focuses on Whiteley himself, using film or stills carefully edited together, but Bogle also used actors for some sequences, filmed slightly and disconcertingly out of focus.

“Whiteley” has gained glowing reviews from most major critics, but a few reviewers, and Wendy, found the acted sequences jarring. “For me personally it has a little too much of the actor with the wig,” she told the Guardian newspaper in May. But, she noted, she liked the way the film was put together.

“They researched like crazy and got together a lot of amazing footage from all over the place,” she said. “It allowed Brett to speak for himself, which is why I think it works.”

“I basically wanted to tell the story from his point of view,” Bogle said. “First person, present tense. So I didn’t shoot any new interviews, and I tried to make a film out of what existed”. Crucial sections of the Whiteley’s lives were never filmed — their dreamy months of honeymooning in the French countryside and their warm, simple days in Fiji — and the acted sequences filled in such gaps in the narrative.Bogle said he wanted to show both the light and shade of Whiteley the man and the artist, as well as his sheer intensity and compulsion to draw and paint.

Although drugs ended Whiteley’s life, Bogle said they also tempered his energy. “Heroin helped him in the beginning, it slowed him down,” he said. “As Wendy says, he’d be on [hyperactivity treatment] Ritalin these days and he probably wouldn’t have painted anything. He was manic, a manic kind of guy.”

Cover photo: Actors Campbell Greenock and Jessica White as Brett and Wendy in a scene reconstructed for the documentary film, “Whiteley” (Photo by David Dare Parker)