Neither hide nor hair

Allbirds, a New Zealand-US firm, has produced a type of sneaker partly made from eucalyptus tree fibre. Pangaia, based in London and New York, has developed a shoe made partly from grape waste. French luxury brand Hermes has designed a bag using mushroom-based leather: the “Victoria” travel bag, made of canvas, calfskin and “Sylvania” – an amber-coloured fungi thread derivative, should be available by the end of this year.

“I think anything that’s an alternative to traditional leathers is probably worth exploring because of all the issues we have with industrial cattle farming, and then with tanning and all the challenges there,” says Edwin Keh, chief executive officer of the Hong Kong Research Institute of Textiles and Apparel. 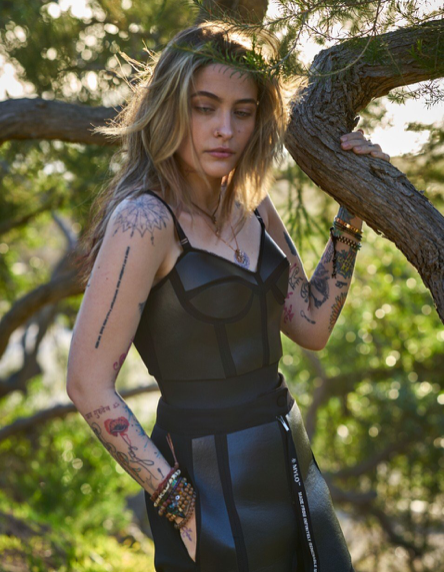 Stella McCartney’s bustier and pants made from vegan leather

Cattle-raising for beef, milk or leather is widely considered to be both inhumane and one of the largest contributors to greenhouse gases, and the tanning procedures used to transform animal skins, mostly cattle hides, into usable and wearable leathers have regularly been slammed as wasteful and potentially toxic.

A great deal of creativity and scientific development has already gone into understanding the potential of plant-based leathers, Keh adds, and he expects the field to continue to expand and the products to continue to improve.

“Our sense is that they are at the early stages yet, they are still something that approaches the performance of traditional leather,” he says. “Probably there’s some compromise of hand-feel, breathability; the overall appearance, the aesthetics of it still are not there yet.

Evans says that while it was unlikely Fossil would ever entirely abandon hide leather, the company’s increasing use of more sustainable types of traditional leather (made with “resource-efficient processing”) meant using plant-based leather was a natural progression. “Many of our customers are looking to make more sustainable changes in many or all areas of their lives — including their fashion purchases,” he points out, adding the Kier bags are as durable and perform as well as traditional leather bags.

Plant-based leathers, or vegan leathers, or bio-leathers, as they are sometimes known, are not made from animal skins, but they are not all equally environmentally sustainable. Some require greater amounts of water to produce, some are based on botanical waste rather than especially-grown crops, some incorporate less degradable synthetic fibres to enhance the material’s structure. It can be difficult to weigh the different elements to understand the product’s comparable sustainability, and the products can be difficult to work with.

British designer Stella McCartney has designed a black, leather-look prototype bustier and pair of trousers made with panels of Mylo, a material derived from fungus, laid on recycled nylon scuba material. A spokesman says the nylon material provides structure, and the McCartney range doesn’t yet feature any products made only from Mylo. A range of bags, he adds, is planned for the future.

A life-long vegetarian and conservationist, McCartney has in the past used a product called Alter-Mat, formerly Alter-Nappa, a faux leather made from a combination of polyester and polyurethane.

Mylo is made by the US-based firm Bolt Threads, from mycelium, the root-like structure fungi use to grow. It is first grown from spores in a lab, which then expand into a sheet of interwoven filaments. These sheets are then tanned and dyed to create the look and feel of hide leather.

As consumers become increasingly concerned about global warming and climate catastrophes, about the mountains of plastic waste in the oceans and the toxins of water and air-borne pollution, more sustainable plant-based products have begun to move out of the backwaters of niche leather-like materials and into the mainstream.

Research Institute CEO Keh says the shift away from traditional hide leathers is inevitable, and it will be part of a “more comprehensive solution”. “I think there are opportunities to do more lab-grown leather-like materials, protein-based leather. And there are a lot of opportunities for different types of recycled content, and then plant-based is probably also one of the solutions.”

He adds that there is work underway on a protein-based solution using recycled leather, adding that leather has been recycled in various ways for a long time. “The most common form is ground-up leather on a polyurethane scaffolding,” he says. “The trouble is you make matters worse because now you have a polyurethane/leather material that is incredibly hard to recycle or reuse because it’s petroleum-based as well as leather-based. Then the adhesives means you have all sorts of chemical toxins that you also have to deal with.”

The research institute he runs has gone in a different direction. “We are trying to create protein-based solutions, using things like silk and wool as scaffolding, and natural protein-based binders to hold everything together,” Keh says. “A completely natural and mono material.”

The sheer availability of plant-based leathers can prove to be a problem for manufacturers. The products haven’t yet been made on an industrial scale, and Keh says the pricing has yet to work itself out in terms of plant leathers becoming an affordable alternative.

“I think everybody is looking for an alternative because of the recognition of all the problems with the manufacturing and production of leather, the state of the art as it is today,” he says. “I think if you look at more synthetically produced or artificially produced leather-like materials, the advantages are obvious. They’re much easier to cut, they’re more regular shaped, so you have a much improved yield, and they are approaching the aesthetics of leather.”