How a very bad cook learned to do better

Julia Child’s coq au vin recipe was a bridge too far for me. I have never been able to cook (when I was younger my three-tin mix – tuna, beans, lentils, stir, heat, eat – was the target of much scorn), but recently I have tried to learn to put a meal together.

After living abroad for some years, I finally got back to Sydney last December but my husband, a good cook, went to London for five months. After weeks of choking down my own handmade rubbish food, I decided to learn to cook – not a skill I grew up with.

My mother was a kid in London during WWII and I’ve often thought Britain’s rationing skewed her ideas on food. She was clever, generous and well-read, but she couldn’t cook. As kids my brother and I survived on a relentless diet of fish fingers or fried eggs on toast, with tinned mandarins as dessert (sometimes, for a change, tinned apple sauce – Mum regarded most fresh fruit with grave suspicion). 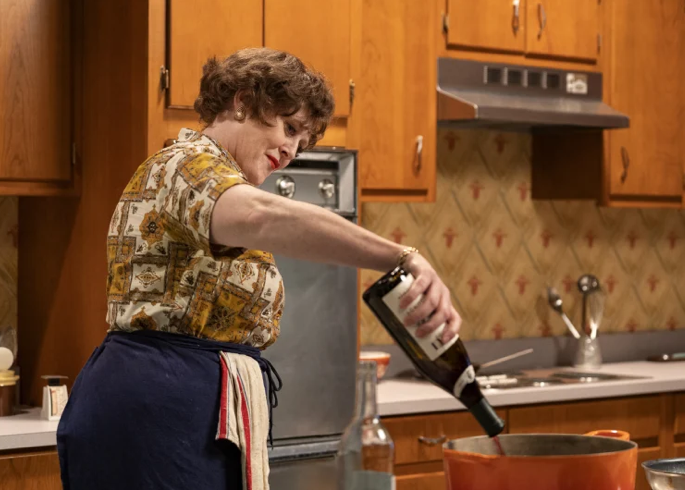 I firmly believe most good cooks learn the basics from a parent who likes to cook. So I didn’t learn, and I didn’t care – there was always someone else who wanted to make something edible. But times have changed and pandemic constraints gave home-cooking a new importance.

My cooking trajectory has been bumpy. Technical difficulties arose. If a recipe calls for a 20cm springform cake tin, and there is only a 25cm tin available, adjusting the recipe is not as easy as increasing the ingredient amounts by 20 per cent, as I originally naively assumed. Somehow, it seems, pi R squared is involved and the tangled mess of mathematical equations was a headache and rapidly abandoned.

One mini-disaster was chicken provencal, suggested by a friend as a “can’t fail” option. I must have misheard the instructions: my version was a tinny and acid-flavoured failure – it went straight into the bin. A leek quiche filling, from a Jamie Oliver recipe I found online, was surprisingly delicious, but a hole in the pastry (I surmise) let the egg leak through and the pastry then stuck to the pan like glue. Showing friends the amazing gravity-free upside-down flying quiche turned out to be a bad idea. It didn’t take long before it lost its grip.

Finally, after much messing about, one day recently I made a galette des rois, the French almond pastry cake. It was a bit singed but surprisingly good to eat. I was almost proud of myself.

The maestro Julia Child makes cooking look easy. A co-author of the ground-breaking 1960s cookbook Mastering the Art of French Cooking and the star of the subsequent US public television series The French Chef, she helped a generation of American cooks come to grips with the intricacies of French cuisine.

In the new HBO series Julia, Child tackles television. Shot at a time when there was no room for second takes, there was a lot of room for disaster. In one episode, titled Coq Au Vin, a flustered Child loses control of a piece of chicken which slips backwards onto the floor, rescued and handed up to her by her doughty producer.

I know that fluster. I have lost control trying to mix butter with caster sugar using an electric whisk. Crumbs of mix began to fly out of the bowl and the whisk took on a life of its own, jumping and shuddering and trying to escape. I quickly gave up, leaving the victorious mix unbeaten, soon to become a rather flat cake.

So I was wary of coq au vin, which seems to be a complicated recipe for an unskilled novice. The cook has to cook the chicken, using a special stock made according to a separate recipe and then risk all (and her eyebrows) by setting it on fire with brandy. And this coq au vin calls for pearl onions and mushrooms made from other recipes found in different sections of Child’s cookbook.

Elizabeth David, another non-French and highly esteemed cookbook writer, warns it’s difficult to get the sauce right without overcooking the coq. And, I thought, it could be an expensive failure, as well as a humiliating one. In addition to a chicken and a chunk of bacon, the recipe calls for a cup of cognac and most of a bottle of robust red wine.

Rather than risk crushing my newfound enthusiasm for cooking, I put this coq au vin on the backburner, a challenge to be tackled when I have mastered more of the art of cooking, let alone the Art of French Cooking.