Graduation a first for Sydney

By educating students to become well-rounded, multilingual global citizens with a grasp of international business culture, a sophisticated master’s degree course at the University of Sydney’s business school is proving extremely popular with both students and employers.

Many of the students studying for the CEMS Master’s in International Management degree are recruited by multinational corporations before they even graduate, said the dean of the school, Professor Greg Whitwell. 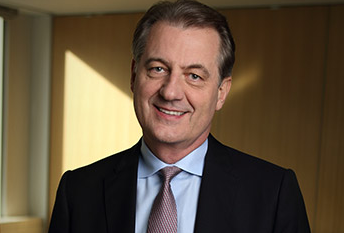 Selected to host the CEMS graduation ceremony this year, the first time it has been held outside Europe, Sydney University is proud of its status as the only institution in Australia to offer the degree.

Most of the 30 business schools around the world offering the specialist three-semester degree are forced to cap numbers at 80 students because demand is so high, even though the rigid requirements deter many students from even applying. CEMS students must speak two languages fluently before they begin the course, and have a workable knowledge of a third language by the time they graduate. They also must spend at least one semester abroad studying at a partner institution.

“It is a generalist masters’ degree, with a rich variety of options within the program,” he said, adding that the CEMS course was “very hands-on”, and aimed at students who did not necessarily have any business experience before entering the program. The course requires students to complete a major business project, and undertake an internship for a minimum of ten weeks, often with a CEMS corporate partner.

Based in Europe, the CEMS alliance was conceived in association with a number of corporate partners, Professor Whitwell explained, and corporate partners continue to play a major role in the program. “Business projects are usually related to major issues or topics that are of concern to the corporate partners”, he said.

Steering away from what some might term the “ivory tower” syndrome, Professor Whitwell said the CEMs course was practical and pragmatic. “We also, in many instances, have a form of co-design of course delivery with the corporate partners,” he said. “So for the students, there’s really almost from day one a really strong sense of involvement with corporate partners”.

Founded 29 years ago, CEMS is now a unique global alliance of 30 business schools, with members across Europe, as well as in China, Korea, Japan, Singapore, Canada and India. Only one CEMS course can be offered in a country, and Dr Whitwell expects to soon welcome a prestigious US school to the group. Sydney University joined eight years ago, and Professor Whitwell is now the deputy chair of the CEMs alliance.

These days, multinational corporations want to employ nimble, creative, flexible, intelligent citizens of the world. CEMS graduates, it seems, fit the bill. Nearly 100 per cent of CEMS alumni are either already employed or are continuing their studies, according to the Sydney University business school, nearly 50 per cent are living outside their homeland and 75 per cent work for multinational companies.

With superb linguistic skills, and time spent studying and working abroad, CEMS graduates are “future-oriented, global citizens”, he added, each with a broad perspective, a sensitive understanding of context and of national and corporate norms.

Sydney University’s business school has developed its own CEMS unit of study, connected with the jobs in the world of the future, with a focus on connectivity, machine learning, robotics, and artificial intelligence.

CEMS corporate partners will be in Sydney in November for the CEMS graduation and the events connected with it, and no doubt to scout talent as well.

Audrey Clegg, the Global Head of Talent with ABB, a global technology firm that drives efficiency, safety and productivity in utilities, industry, transport and infrastructure with digitally connected and enabled industrial equipment and systems, said she was here in Sydney to meet CEMS students, graduates and alumni and ensure her firm was able to attract the best talent.

As a sponsor of the CEMS graduation event, ABB was “committed to supporting future leaders, and our business success reflects very much the quality and the skills of our people”, she said.

Ms Clegg added that the CEMS program offered the opportunity to engage with talent from around the world, and to work together with universities to set benchmarks to prepare future generations of international business leaders.

“I’m proud to say we’ve been involved with CEMS for over ten years”, she said, “and we have a number of CEMS individuals in leadership positions and certainly coming into the program every year, which is why we continue to sponsor and be involved in not only the graduation events, but also the program itself.”

Between them, Alicia Bergere, 24, from France, and Erran Su, born in China, speak nine languages. Graduating in November, the Sydney University CEMS students are independent, motivated and ready to take on the world.

“I chose CEMS because I wanted to do more than just learn about diversity in international management, I wanted to experience it,” Alicia said. “It offered an opportunity to study with students from all around the world, and go on an exchange with a really prestigious school, so that’s what really drew me to this program in particular”.

As well as her native tongue of French, Alicia speaks English and Spanish, which was obviously an advantage when she took her exchange semester in Santiago, Chile, although Chilean Spanish is quite different from the Spanish she knew.

Already employed as a financial analyst at Deloitte Australia, Alicia said was enjoying the world of work and her new responsibilities. “We’re mainly helping our customers to improve their finance capabilities, to optimise the finance functions of the business,” she explained, adding that choosing the CEMS course was one of the best decisions she had ever made.

“I actually learned a lot, I met great people, I made really good friendships, I think CEMS really helped me to see things from a different perspective”, she said. “It made it much easier for me to adapt quickly in multicultural environments, which proved very useful at Deloitte’s”.

Alicia’s contemporary, Erran Su, now 27, emigrated to Australia when he was 16 years old, and finished high school and a bachelor’s degree in Perth. He also rapidly found employment, and he’s now working for a firm of British digital consultants. He spent his CEMS semester abroad in Vienna, Austria, and already speaking Mandarin, Cantonese, and Japanese, now he’s polishing his French and German.

For the future, he said he would love to live and work abroad. “Obviously, because of CEMS, I have the global network”, he said, adding that he appreciated the strong CEMS corporate partnerships. “It’s a program that is unique in many ways,” he said. “The cohort is very diverse. For one semester we probably have students from at least 30 different countries”.