Aged 79 and frighteningly thin, Judy had end-stage lung disease and pneumonia. Even before she caught pneumonia, Judy had difficulty breathing and she could only walk a few steps. If her pneumonia was treated, it would likely take her a long time to recover and her breathing would almost certainly be even further impaired.

Rushed to hospital, she couldn’t communicate, but her husband thought she should be “given a chance” to recover.

So when Judy stopped breathing, she was resuscitated. Surgeons then cut a hole in her neck and inserted a tube so she could breathe through it. Another tube was threaded through her nose and into her stomach so she could be fed.

Over the ensuing weeks many catheters were inserted into the veins of her neck in order to administer drugs, and drainage tubes were pushed through the skin and wasted muscle of her chest wall to drain the fluid collecting around her lungs. Repeated courses of antibiotics gave her terrible diarrhoea, which in turn left the skin on her bottom sore and inflamed. 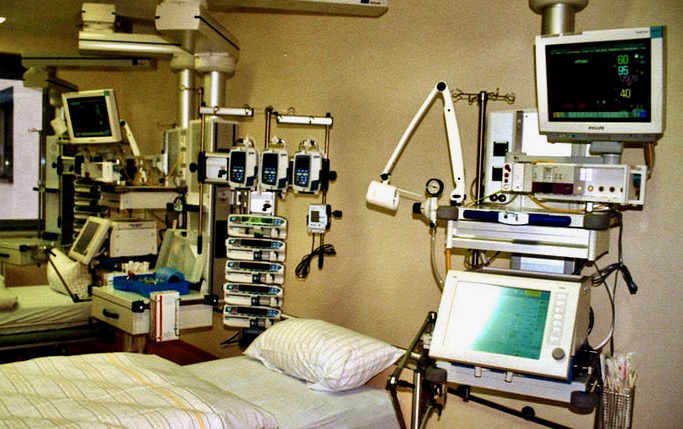 Finally, after some time, the pneumonia was cured and doctors tried to wean Judy off the mechanical ventilator that was regulating her breathing. Every time they turned it off, she stopped breathing. Then Judy got another chest infection and her kidneys failed.

After much discussion, doctors and Judy’s relatives agreed she would not survive, and she was taken off the mechanical ventilator; under sedation so she wouldn’t feel the panic of being unable to breathe. Her husband was holding her hand, and after a few small breaths, Judy died.

Dr Charlie Corke, an intensive care specialist, was one of Judy’s doctors, and he was dismayed that her death had been so much worse than it might have been.

Judy had left no plan for her last days. In extremis, she couldn’t communicate, and her husband thought she should be treated, even though she had almost no chance of a full recovery. So the doctors marshalled all their experience and technological expertise to save her – for a few short weeks of misery, with tubes in her neck and stomach and a machine breathing for her.

After spending more than 30 years in intensive care wards in Melbourne and Geelong, Corke has seen many so-called “good deaths”: deaths characterised by planning, communication and resolve, when patients and their relatives realise the end is near and reject futile treatment.

Now the President of the College of Intensive Care and an Associate Professor at Deakin University, he has also seen far too many bad deaths. Mired in family conflict, they featured needless suffering long after all hope of a cure or any meaningful recovery had gone, and largely useless, painful and invasive attempts to prolong life. These were the patients who had no plan or orders for their final days, leaving doctors no choice but to continue trying to save life, regardless of the pain or the likelihood of full recovery.

“The way that medicine has developed, it’s now much more complex than it ever was,” Corke says. “When I first started in medicine 40 years ago, we didn’t admit end-stage, very ill, very frail patients to intensive care. It was something for young people with reversible illness. Now we feel compelled to use it, because it’s there.” It can be extremely difficult to withhold treatment, he adds – inaction can attract criticism from colleagues, relatives and the courts.

Doctors have been taught to save lives, to take action, to throw everything they have at curing illness. They flinch from discussing end of life plans with their patients. But if these same doctors were diagnosed with an almost totally incurable illness, say pancreatic cancer, many of them would not subject themselves to largely futile medical procedures and massive bouts of chemo. They may, instead, take a bottle or two of whiskey into the countryside and gently await death, as the well-known US doctor and thinker Atul Gawende has written.

“That’s why I wrote this book,” Corke says. “The families need to take control. Doctors feel very uncomfortable bringing it up. But I’ve seen so many families struggling with the decision-making. To have families saying ‘please don’t’ is a relief for many doctors.”

Corke’s book, ‘Letting Go – How to Plan for a Good Death’, is filled with examples like Judy’s, where a little forethought could have saved her a great deal of suffering, along with stories about the patients who have acknowledged the inevitability of death and made plans to save themselves and their families unnecessary physical and emotional pain.

For his part, Corke has quietly stood back and watched some of his patients have a heart attack and die. He usually had all the equipment he needed to save those patients, and his decision not to act was easiest when he could see the patient knew the end was near and a full recovery very near to totally impossible. These patients had left firm DNR (Do not Resuscitate) orders and Corke respected their decisions.

Another of the patients mentioned in Corke’s book, Antonio, had made it clear that he didn’t want to be kept alive on life support if there was no hope of a recovery. Antonio, a grandfather of eight, didn’t leave a formal advanced care plan, but he had played golf every week with his good friend, Paulo, and over many years he had and Paulo had discussed death and how they wanted to die.

He and Paulo had made a pact: if either of them should be struck down by a stroke, or a heart attack, or any other debilitating illness, and consequently left on life support, the other would “switch off the machine”. They told their families about their pact, which prompted jokes about what sort of Italian food parcels they would each like in prison. Almost exactly a year later, Antonio was felled by a heart attack on the golf course.

Despite Paulo beginning resuscitation on the course, and an ambulance rushing Antonio to hospital, by the next day it was clear that Antonio had severe brain damage.

The treating neurologist told his family members that Antonio had “no realistic chance of making a good recovery”. After many tears, and remembering the pact, everyone agreed that Antonio would not want to be kept alive with significant mental and physical impairment. Doctors took him off the life support machines, and within a few minutes he died.

Australia is slowly coming to terms with the idea of planning for death. Victoria’s euthanasia law, passed last year, will permit a very terminally few patients to opt for death at a time of their choosing. At the same time, palliative care doctors and nurses are increasingly likely to bring up the subject of advanced care directives with their extremely ill patients.

These directives or orders are legal documents that make the patient’s wishes clear – possibly specifying whether or not they want to be kept alive on life support, under what circumstances and for how long. An advanced care directive can even include the wish to die at home, if at all possible.

Most terminally ill people are surprisingly happy to discuss their final days and make plans to keep it simple. Yet often relatives don’t want the patient to die, and don’t want to even discuss it as a possible choice. There’s guilt mixed up with wrenching sorrow, and saying a permanent goodbye is both heartbreaking and so very final.

So relatives often push hard for more treatment for non-communicative patients, often using confused reasoning, saying things like ‘Mum would never want it, but we want you to do it’. “That’s so common,” Corke says, adding that the family knows the patient would hate to exist in a nursing home – immobile, incontinent, confused and unable to recognise close relatives. Yet these loved and loving relatives insist on more and more treatment, especially if the patient hasn’t made their wishes clear.

“I think we actually stop people from talking about it, and it’s not a favour – to us, because we’re left making decisions, or to them, because it’s disrespectful,” Corke says, adding that it is important for patients to let their relatives know how they feel and tell them that it’s alright to stop pushing and allow the desperately ill to die. “They have to give their families permission, because it’s so hard to stop, it’s so very hard,” he says. “It takes determination and confidence and bravery to step back.”

Corke says advanced care planning is most popular with those Australians who work in the healthcare industry and understand what death can entail. Retired nurses, for instance, often choose to avoid a prolonged and difficult death. “They understand what it’s all about, and they don’t want it”, he says.

Yet most Australians refuse to face the reality of death, some because they have never even heard of advanced care directives, and others because they don’t believe it will ever really happen. From a nation of inveterate gamblers, we often choose to risk long-term discomfort, immobility and the indignities of incontinence and confusion on a frighteningly tiny chance of a full recovery.

“There’s a big spectrum of what’s acceptable, and we mustn’t judge,” Corke says. “About seven per cent of the population are determined to live, whatever it takes. Feeding tubes, bedpans, bedsores, ventilators – any thought of retreat is anathema to them”.

The media can inadvertently add to the difficulty, by constantly referring to “miracle cures” and recoveries “against the odds”, and regularly referring to the “battle with cancer”. Patients who refuse yet another bout of chemo, or who decline yet more surgery, are not hailed as heros in this scenario. “There are studies that show lung cancer patients who have palliative care live longer and better than those who follow the aggressive option,” Corke says. “But it’s not the fighting narrative, is it?”

The most important thing, he adds, is to sort out what the patient wants while communication is still possible. Then an advanced care directive can be completed, and family members consulted, and, in the best of all worlds, an enduring guardian appointed.

Doctors and nurses, and relatives, can broach the subject, choosing their words carefully and making the effort to listen closely, Corke says. Some patients don’t want to discuss it all, others really want the facts.

“You have to do it way before people get very ill,” he adds. “When they’re very ill they’re not able to think and not able to do it. It’s too much of a crisis. It should be a thoughtful process over a period of time. You can put it away like a will and it then comes out when you need it, and it will be consulted when you are unable to make a decision for yourself, or unable to express it.”

“I like the trifecta – patients, family and doctors all agreed,” he says. “But that’s unusual.”