When education expert Dr Sue Thomson first sponsored a child’s education through The Smith Family, she never dreamt that the changes would be so dramatic. Her student soared past a difficult and deprived childhood, went to university and now has a degree. Thomson was so happy with her first Smith Family sponsorship that she has now sponsored a second child.

“I’ve sponsored two children — the first since she was in Year 4 and I’m very proud to say that she has now finished university,” she said. “The second child is now in Year 5.” 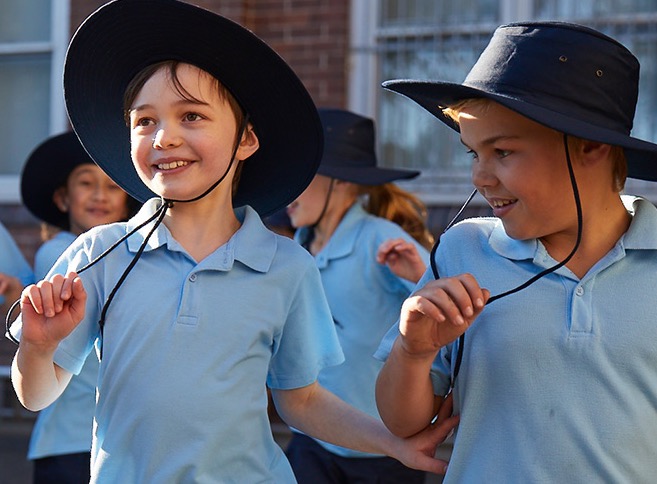 As deputy chief executive officer (research) at the Australian Council for Educational Research (ACER), Thomson has seen the long-term effects of childhood poverty in her own studies. Now the COVID-19 pandemic has made things even harder.

“There was evidence from ACER research last year that the impact of the pandemic on the educational outcomes of students attending disadvantaged schools was much greater than the impact on other students,” she said.

Disrupted jobs and insecure incomes can have effects that echo through the generations. The pandemic means the need for help for these disadvantaged children is now more urgent than ever. School closures and lengthy lockdowns, particularly in Victoria, could have an impact on poorer children for the rest of their lives.

By the age of 15, according to 2018 statistics, disadvantaged children are on average nearly three years behind their more advantaged peers in terms of reading, maths and scientific literacy, and that gap too often leads to a lifelong disparity.

Children experiencing disadvantage, like those sponsored by Thomson, may not have the opportunity to overcome even ordinary setbacks. An untimely death, a medical upheaval, a financial misstep, a relationship breakdown, a pandemic lay-off, even just a little family bad luck; all these can lead to financial difficulties and the knock-on consequences. If a child starts falling behind it can be hard for them to catch up without help.

“Through my research over a number of years I’ve seen the impact that educational disadvantage has on students,” Thomson said.

“Disadvantaged children start school already behind their more advantaged peers, and without support, that gap widens.”

Children forced to cope without the basics can struggle to fit in at school and may slip further and further behind. Research has found that an educational sponsorship with The Smith Family can make a huge difference in a child’s school life; providing uniforms, extra tuition, books, excursion money and perhaps most importantly, encouragement.

Thomson said she was keen to make a difference if she could, and wanted to ensure her sponsorship would be of long-term benefit.

“I have seen the evidence that The Smith Family’s long-term approach to working with disadvantaged students is effective,” she adds. “The support offered needs to start at an early age and be ongoing.”

In addition to the financial support, she also communicated with her sponsored students regularly to provide encouragement and support.

“There’s a limit to what you can talk to them about — I can’t tell her where I work or what I do — but I ask them questions about what they are doing and engage with them about their lives,” she said.

“I can provide them with a perspective about life and work that they may not get anywhere in their own circle of family and friends, and it’s personally very rewarding to see them achieve. To see my first student be the first in her family to go to university was fantastic.”

Even before the pandemic began in early 2020, more than 1.2 million Australian children and young people, or one in six, were growing up in poverty, and students from poorer backgrounds were consistently far less likely than their wealthier peers to finish year 12.

“Socio-economic disadvantage is consistently and strongly associated with substantially lower academic outcomes, lower confidence and creativity and lower levels of active and informed citizenship from childhood through to adulthood,” a report by Victoria University’s Mitchell Institute found.

The Institute’s research confirmed that even before the pandemic took hold, many young Australians were falling through the cracks. According to the Mitchell report, 15 per cent of Australians aged 24 were not employed, or getting trained or educated. Rates were worst among the poorest young Australians, where the figure rose to nearly a third.

The COVID-19 pandemic is only adding to this cycle of disadvantage.

If a young person is not achieving, they are less motivated to attend school, and it quickly becomes a vicious cycle. Without the right support, this has dramatic long-term consequences. The Smith Family’s frontline workers every day see evidence that supporting a child from a young age, and throughout their schooling, is the most effective way to help them break the cycle of disadvantage.