How to lose our cool

Edwin Lau Che-feng sweated his way through last summer, trying to avoid using air-conditioning in his home. The Hong Kong conservationist, founder of environmental organisation The Green Earth, wanted to show that resorting to energy-guzzling air-conditioning isn’t always necessary, even on the hottest and stickiest of days.

Lau says he trained himself to endure the heat, working from home through the hottest months of 2020 – the hottest year in Hong Kong’s history. “I didn’t turn on the air-conditioning at all,” he says. “I only turned it on in the bedroom to get to sleep at night.”

The average window-installed air-conditioner uses roughly seven times as much power as an energy-efficient fridge, and with two or three air-cons running in every house or apartment every night, energy costs soar. Energy data from the Hong Kong government shows that air-conditioning consumed 32 per cent and refrigeration consumed 4 per cent of electricity used in 2018.

For his part, Lau says his broader mission is to protect the environment: so as well as promoting an environmental agenda, he was willing to make a personal sacrifice. He decided to foreswear using air-conditioning during the day, regardless of steamy Hong Kong temperatures of up to 33 or 34 degrees. 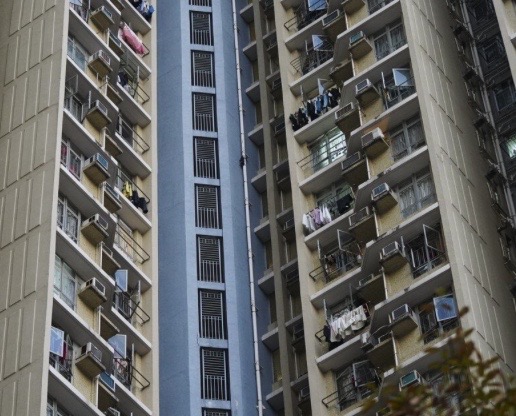 He was working from home during the pandemic, so he closed curtains and blinds to shade his room from sunlight, used a little electric fan to direct a breeze onto his body, and if the heat became unbearable he used a small wet towel to wipe his hands and face.

“Rather than just switching on the air-con as a matter of course after a long hot day, it’s important to stop and think,” he says. “We have to change our behaviour if we want to meet a carbon neutrality target.”

In a November policy speech, Hong Kong’s chief executive Carrie Lam pledged Hong Kong would be carbon neutral by 2050, which will require serious consideration of ways to minimise the use of energy-hungry air-conditioning. Many environmentalists, though, think faster action is needed, and a deadline in nearly 30 years time isn’t nearly soon enough.

Green Sense, a Hong Kong environmental organisation, has a organised a No Aircon Night since 2010, and in 2020, on October 9, more than 90,000 households took part. Green Sense senior project officer Gabrielle Ho says many of the participants have been supporters for years.

Hongkongers are trapped in air-conditioning for too much of the time, Ho says, in schools, officers and on public transport, with brief bursts of extreme heat when forced to walk outdoors. “We haven’t got used to getting sweaty in summer,” she says, pointing out that simple remedies like open windows and cool showers can lower a person’s temperature. “There are alternatives, but we are not used to those habits.”

She adds that it’s bad for human health to keep switching between artificially cold shopping centres and office buildings and the far hotter footpaths of the city, with temperature changes of 10 degrees or more at every change.

Karen Ho, from WWF Hong Kong, says Hong Kong’s ecological footprint is the second-worst in Asia and ranks tenth globally, and it’s time to get moving on ways to limit power use, including air-conditioning usage. “Every individual and sector in the community has an obligation to contribute to this carbon neutral target, with government taking the lead and serving as a role model,” she says.

Ho adds that it’s important to get on top of energy wasted on over-cooling (a problem often complained about in office towers, where workers sometimes resort to wearing woolly clothes it sit in comfort at their desks) and to improve energy efficiency by using the most energy-efficient appliances and air-conditioners. She adds there should be a push to phase out the greenhouse gases, the hydrofluorocarbons (HFCs), used in air conditioning.

Before air-conditioning became widespread in the 1950s, Asians living in the tropics had a range of strategies to cope with the enervating heat of the tropics. In wealthier homes, rooms were large, ceilings were high, shade and breezeways were important and most people rested during the heat of the day if they could afford to.

Today, though, space is at a premium in crowded tropical cities like Singapore and Hong Kong, and buildings are almost entirely cooled by air-conditioning, with a passing nod to shade and breeze.

Singapore’s nation-builder, the late Lee Kuan Yew, welcomed air-conditioning with open arms. “Without air conditioning you can work only in the cool early-morning hours or at dusk,” he said in a 2010 interview with New Perspective Quarterly magazine. “The first thing I did upon becoming prime minister was to install air conditioners in buildings where the civil service worked. This was key to public efficiency.” 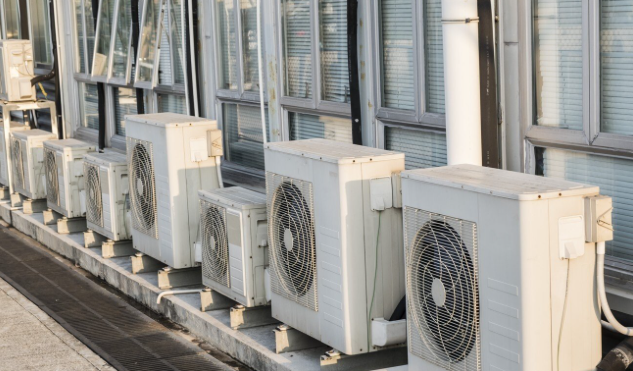 These days it’s rare to find a modern building without air-conditioning in Singapore or Hong Kong. There seems to be encouragement and advice from the Hong Kong government on ways to keep energy demands low, but little mandated action. No law requires energy-conscious building design or retrofitting.

Experts say the need for air-conditioning can be minimised with the effective use of insulation, awnings or small fixed canopies to provide shade for windows and efficient curtains and blinds. Water features, green walls of vegetation, even certain types of exterior paint can keep buildings cooler, including one recently developed by Purdue University in the US, which is said to reduce interior heat by as much as 7 degrees Celsius.

Lau says clever environmentally-aware building design can help reduce the need for air-conditioning in the future, when global warming will become an ever more serious problem.

“Architects need to consider not just the visual effects of their design, but other aspects including the very important environmental aspects,” he says. “Green features should be included in building design. I think the architects, maybe they forget about it.”

Architects and developers in Hong Kong are not legally required to build to an environmentally sound standard. The Hong Kong Green Building Council (HKGBC) offers independent assessments of building sustainability performance to encourage developers and architects to reduce the energy needs (including air-conditioning usage) of buildings, and the government has granted funding support to encourage existing building owners to get energy audits.

Yet environmentalists remain concerned profit remains the all-important driver for Hong Kong developers and builders, who have little incentive to include environmentally-important energy efficient design in their projects.

Chao Ren, an associate professor at the University of Hong Kong’s architecture faculty, notes that about half all Hong Kong residents live in government apartments, most of them in buildings over 30 years old, which should make it easy for the government to lay down the law about environmentally-sound design and retrofitting to minimise energy waste and the use of air-conditioning.

“There have been so many studies, so much research, but how much has it actually changed people’s designs?” she asks. “Hong Kong is one of the world’s premier cities, but urban design is never an easy task.”

Ren says the climate is not given priority in practice, but she and her colleagues hope that will change. They recommend the government gets serious about three-dimensional vertical planning of districts to promote beneficial microclimate design that takes shade, wind and sun into account to keep buildings as cool as possible and reduce the need for air-conditioning.

The SARS outbreak in 2005 should have alerted everyone to the ominous potential consequences if the climate and the environment are ignored, Ren says.

“The last time we had a chance to promote this kind of air ventilation and assessment and microclimate design was because of SARS; now we have another chance with Covid-19,” she adds. “It’s an opportunity to rethink this kind of design, to make our lives better.”