With temperatures topping 42C along the country’s eastern seaboard, thousands of indigenous flying foxes in months have been dropping out of their trees, dead or severely distressed. In Queensland, Loggerhead turtle hatchlings have been cooked in their shells while trying to reach the ocean across ferociously hot sand. 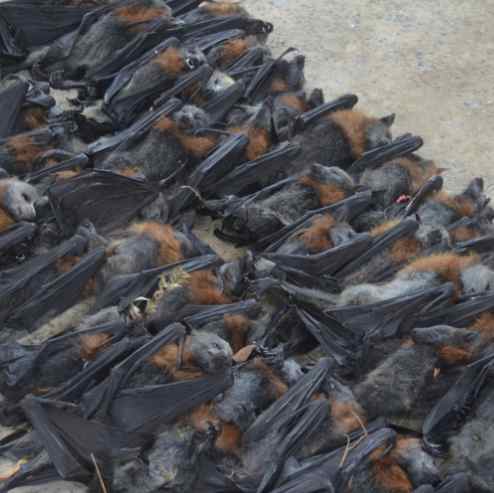 Wild animals ranging from possums to snakes were forced into aberrant behavior along the New South Wales coast in search of refuge from the heat inside houses and garages. Koalas came down from their perches in eucalypt trees to find water.

Dubbed the “angry summer” by the Climate Council of Australia, the intense seasonal temperatures saw more than 200 record-breaking extreme weather events driven by climate change, according to the council’s latest report, published on March 7.

The report, “Angry summer 2016/17: Climate change supercharging extreme weather,” shows that summer temperatures soared to unprecedented heights in many parts of Australia, with some state capitals, including Sydney and Brisbane, experiencing their hottest summers on record.

Horse races, football matches and other sporting fixtures were canceled or postponed, and people were warned to keep children and pets as cool as possible. On the hottest days, residents in many areas were warned of power black-outs and asked to increase the temperature targets for their air conditioners and fridges to reduce electricity demand.

Sarah Perkins-Kirkpatrick, a senior research associate in the Climate Change Research Centre at the University of New South Wales, said that comparisons of climate modeling exercises including and excluding the impact of human activities showed that Australia, the driest continent other than Antarctica, will get even hotter, and that humans were at least partly responsible for this warming

Increased heat wave frequency was a global phenomenon, Perkins-Kirkpatrick said, adding that the tropics will be hit harder than temperate zones. That is of increasing concern to health professionals in tropical and near-tropical Australia, where excessive heat is known as the “silent killer” because human deaths often occur a day or two after temperature spikes, and are frequently recorded as being due to heart or renal failure.

A review of Australia’s environment, published on March 7, found that the effects of climate change are increasing, and that in certain cases the changes may be irreversible. The “State of the Environment” report, produced every five years for the Australian government by a team of independent experts, found that both air and sea temperatures were rising, with often disastrous results on animal life. The global warming effects included coral bleaching, which has damaged the World Heritage listed Great Barrier Reef.

The report also pointed to likely species extinctions due to climate change — including the Bramble Cay melomys (Melomys rubicola), a rodent, and the Christmas Island forest skink (Emoia nativitatis), a lizard.

Grey-headed flying foxes (Pteropus poliocephalus), a large, fruit-eating bat with a maximum recorded wingspan of 1.5 meters, were the most visibly affected by the brutal temperatures of the recent heat waves, falling like rotten fruit out of trees in many parts of Australia.

Kristie Harris, rescue office manager at the New South Wales Wildlife Information, Rescue and Education Service, said her phone number had been besieged by well-wishers wanting to aid the stricken bats. She estimated that thousands of the flying foxes had died from the heat.

“On the really hot days in December and January, there were a couple of events where they have literally been falling out of the trees in their colonies, found by the hundreds, or even a thousand at a time, dead or in severe distress,” she said.

Flying foxes can usually cope with temperatures up to 42C by flapping their wings, licking themselves and panting, Harris said. But anything higher than that will likely be fatal. While the grey-headed flying fox is not considered to be endangered, Harris said the summer heat had taken an enormous toll on the giant bats, and warned that it would take a long time for colonies to recover.

“That sort of heat affects a huge variety of animals,” she said. “Birds are affected enormously — raptors (birds of prey), reptiles, and small mammals like possums.”

Turtle hatchlings, too, struggled to make it across iron-hot sands to the sea during the temperature spikes. Many hundreds died on the sands of Mon Repos beach in southern Queensland, the most important breeding site in the South Pacific for Loggerhead turtles.

A broad-scale analysis published in the journal “Nature Climate Change” found that climate change has already had a particularly damaging effect on endangered mammals and birds, including about half of mammal species and a quarter of bird species on the endangered “red list” kept by kept by the International Union for the Conservation of Nature.

The analysis, which reviewed 130 research papers, found that the range of animals now affected by climate change was extensive, including wildlife on every continent, according to James Watson, an Australian naturalist from the University of Queensland who contributed to the review. “We found things that had limited ranges and specialized diets really were the ones that were suffering, more than generalist species,” Watson said.

He and his colleagues found that about 700 bird and animal species were affected by global warming, including eastern gorillas, all species of elephants, and snow leopards. Animals that reproduce at a slower rate, including marsupials, had more difficulty adapting to the rapidly changing environment.

Watson said it was time for national leaders to take action to protect the world’s fauna, and to focus on saving the “last best bits of the wild,” rather than degraded environments and imperiled species. Most important, he warned, action should be taken sooner rather than later.

“We can’t just say, okay, it’s going to happen in the future and we have other priorities,” he said. “Policy leaders need to realize that the decisions we make now will lessen climate change impacts in the future.”