It took just one tweet from U.S. President Donald Trump to turn traditional diplomacy on its ear and undermine relations with a fellow conservative, the Australian Prime Minister Malcolm Turnbull. Traditional allies, Australia and the U.S. have forged an enduring partnership in recent decades and Canberra relies on a close relationship with Washington.

“Do you believe it?” Trump tweeted on late on Wednesday U.S. time. “The Obama Administration agreed to take thousands of illegal immigrants from Australia. Why? I will study this dumb deal!”

The exclamation mark was particularly poignant, a fitting period to an extraordinary dialogue between the two men spanning a few days and various different media and one that will live long in the annals of diplomatic bombshells. The conversation was a poor beginning for a vital diplomatic relationship between the two men.

Turnbull, an urbane and socially progressive politician who has been constrained by the conservative rump of his Coalition, had already been stung by Trump’s withdrawal from the plan for a Trans-Pacific Partnership trade agreement. Looking a little stunned by Trump’s tweet and bluster style of diplomacy, he nevertheless seemed sure the refugee deal would go ahead. 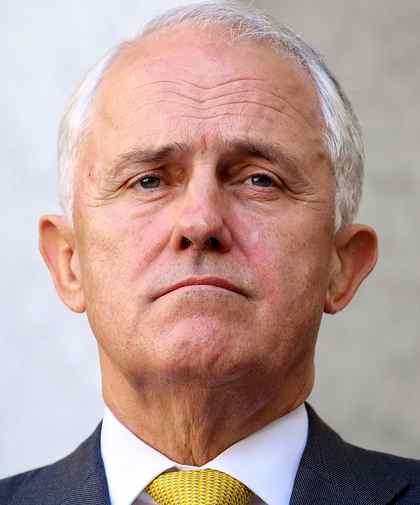 The dialogue began on Jan. 28 with what was later wrongly touted by officials as a straightforward phone call between the two leaders, exploring, amongst other things, a deal the Obama administration had made with Australia to resettle 1250 refugees now stranded in Australian immigration detention centres in Nauru and Papua New Guinea. “Stopping the boats” of so-called illegal immigrants reaching Australia’s shores has enormous political importance in Australia, and the deal would have helped stymie trenchant criticism by activists of both the policy and the offshore immigration detention centres.

Turnbull said before the call that despite Trump’s contentious executive order suspending refugee admissions and temporarily banning entry to citizens of seven largely Muslim nations, the U.S. would honour the deal with Australia. “We are very confident and satisfied that existing arrangements will continue”, he said.

Yet an explosive report published in the Washington Post on Feb. 1 made it clear the deal was far from settled and the phone call was far from benign. Trump, said the Post reporters, attacked the deal, boasted about the size of his electoral college victory and, 25 minutes after the call began, ended a conversation that was originally scheduled to last an hour.

At one stage, the Post reported, Trump told Turnbull that he had spoken with four other world leaders that day and “this was the worst call by far.” He complained that the refugee deal was “the worst deal ever”; that he was “going to get killed” politically and he added, for good measure, that Australia was trying to export the “next Boston bombers.”

His tweet about the “dumb deal,” which came just hours after the publication of the Post story, was in marked contrast to Turnbull’s attempts to play down the rancour and put a brave face on the souring relations.

“I’m not going to comment on these reports of a conversation. Australians know me very well. I always stand up for Australia in every forum”, Turnbull told reporters after Trump’s tweet had raised eyebrows across the nation. “You can surely understand the reasons for that. I appreciate your interest, but it’s better that these things, these conversations, are conducted candidly, frankly, privately”.

Turnbull appeared to be most irritated by reports that Trump had hung up on him. The call, he insisted, was courteous, yet he didn’t deny the substance of the Post report.

Protectionist and insular, Trump has publicly admired Russian president Vladimir Putin and decried China’s trade policies. Officials in Canberra are braced for the fallout from his foreign policy agenda, particularly with regard to China.

Australia has traditionally looked to the U.S. for security and leadership: according to a Lowy Institute poll last year, more than 70 per cent of Australians see the alliance as important. The Australia, New Zealand, United States Security Treaty (ANZUS) has been in force since 1951 and ensures military cooperation and a collective response in case of an armed threat.

In 2011, then President Barack Obama brokered a deal with then Australian Prime Minister Julia Gillard to deploy 2500 Marines in the northern city of Darwin to shore up allliances in Asia. Obama told the Australian parliament that he had “made a deliberate and strategic decision — as a Pacific nation, the United States will play a larger and long-term role in shaping this region and its future.”

Associate Professor Brendon O’Connor from the United States Studies Centre at the University of Sydney told the Nikkei Asian Review that Australia needs to get wise to Trump’s methods.

“There’s been a sense that you can deal with Trump in normal diplomatic ways, behind closed doors, on the telephone and that Trump will be able to be influenced, in those circumstances,” he said. “And there really is no evidence that Trump was going to be, at some level, just like other presidents in terms of diplomacy.”

If the refugee deal does go through, which is now in doubt, O’Connor said Trump would likely extract some form of quid pro quo from Turnbull, which could be far more dangerous for Australia than simply allowing those 1250 vetted refugees to settle here. It might be a request to back him on something to do with the South China Sea, or with Taiwan. “He’s going to take a fairly hostile view to China, he’s promised that,” O’Connor said. “Why do we want to be drawn into that?”

Like O’Connor, a number of foreign policy experts believe it is incumbent on Turnbull to make it clear — publicly — that Australia flatly disagrees with Trump’s notion of banning visitors or refugees or immigrants on the basis of their religion.

Professor John Langmore, from Melbourne University’s School of Government, told the Nikkei Asian Review that Trump’s selective immigration ban would exacerbate Muslim hostility to the U.S., and potentially to partners of the U.S. fighting the battle against the so-called Islamic State, nations that include Australia.

Agreeing with Trump’s ban, he said, was not consistent with Australia’s long-established principles. “That issue is so perverse in terms of Australia’s interests,” he said. “It will contribute to inflaming Muslim hostility to America, and possibly any other country that goes along with it.”