The business of eBay

The chief executive of eBay in Australia, Jooman Park, seems remarkably unfazed by the imminent arrival of the e-commerce behemoth Amazon on these shores. EBay has been operating in Australia for 18 years, four of them with Park in charge, and the e-commerce firm’s success has been remarkable.

More than 11 million Australians now use eBay each month (mostly via their mobile phones), with collective revenue last year of $9 billion. Under Park, eBay has built partnerships with Myer, Woolworths and many large retailers. The eBay “shopbot” on Facebook Messenger can pop up to advise on product sourcing and pricing, if, say, a client sees a red dress she likes online and wants to know where she might buy it, how much it would cost, and whether it comes in green. 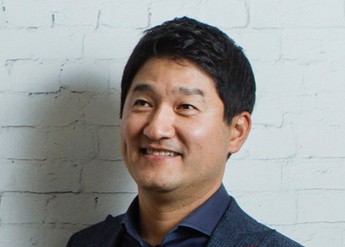 EBay’s technological investment in smoothing and easing the on-line customer experience is on-going. For their part, Australian consumers have embraced the on-line marketplace, relishing the convenience of immediate price comparisons and the ease of global shopping from anywhere – the bus, the beach, the sofa.

Yet Amazon, known for its deep discounting and its ability to source a wide variety of products extremely cheaply, could tilt the playing field. The e-commerce giant has already signed a lease on a huge warehouse in Melbourne and is expected to begin operating in earnest in Australia some time soon.

Park says, with a shrug, that he’s also heard Amazon has signed a deal with a logistics company here, but he’s not worried that Amazon’s deep discounting will lure customers away from eBay.

“More competition in general benefits consumers, they have more choices,” he says. “More competition accelerates the pace of innovation. We think Amazon’s entry in Australia will help Australian consumers and retailers to move to the next stage, so, overall, we don’t worry too much about it”.

Amazon is both an online marketplace and an online seller, spruiking its own range of goods. Park believes the more open market – of eBay for instance – will triumph in the end. “The marketplace model is to partner with as many as possible,” he says. “So the invisible marketplace mechanism, versus one company – who’s going to win?”

From Korea, where in the space of ten years he pushed eBay to a position of online dominance, Park joined eBay in Australia four years ago, when it was still mostly an online market-place for second-hand goods.

Now, 90 per cent of products sold on eBay Australia are new; 60 per cent of visits to the site are via a mobile phone, and 80 of Australia’s largest retailers operate on the site, including Myer, The Good Guys, and Officeworks, along with 30,000 small businesses. The platform has made it easy for these small businesses to take on the world – about 80 per cent of the Australian sellers on eBay are exporting globally, potentially selling to the platform’s 170 million buyers.

Yet a looming drama with Australia’s GST could make things difficult for Australians who want to make on-line purchases from abroad. At the moment, if these purchases are worth less than $1000 they attract no GST, but after a Senate enquiry and a great deal of lobbying, these goods will be taxed from July 1 next year (delayed from July 1 this year), and the Productivity Commission is now looking into ways of collecting the tax.

Ebay does not disagree with the tax per se, but the firm doesn’t want to collect it, and in the past, Park warned that if eBay was forced to collect the tax, it might just drop its offshore purchasing facility entirely. He points out that eBay doesn’t have any way of actually collecting the tax – payments for eBay purchases are usually via a third party such as PayPal. “We’re not 100 per cent sure whether we could be ready by July 1 next year,” he says. “Our initial study suggests it would require a huge investment, so we’d have to make a business call”.

In Australia, between seven and eight per cent of retail purchases are made online, but 80 per cent of those on-line purchases are from Australian retailers. In the US and the UK, the rate of online retail is about 13 per cent. In Korea, it’s about 15 per cent.

Australia’s vast size is an obvious hindrance for consumers who have a “need for speed” and want the gratification of the desired item in their hands as quickly as possible, rather than waiting days for delivery.

Park has pioneered a strategy to overcome, at least in part, the disadvantages of Australian geography. Called “Click and Collect”, it’s a partnership with Woolworths, which offers customers the option of buying the red dress on-line from a fashion retailer, and picking it up at a nearby Woolworths supermarket within days. Then, if that red dress doesn’t fit, or the style isn’t quite what you anticipated, there is a strategy for returning it with a minimum of fuss.

“We are currently piloting free returns – for fashion first,” Park says, adding the system is a partnership with the Australian logistics company Parcel Point. “If you’re not happy with your fashion item, you don’t even need to make the package yourself, you just bring it back to Parcel Point, and they will make the package and make the shipping label for you,” he says. “You just drop it off. Or, you just call them, and they will come to your home and pick it up for you”.

Australia’s vast distances, too, encourage on-line shopping by customers who may have no other way of getting just the right new style of red dress, who live in small communities served by a few bricks-and-mortar retail outlets.

Certain Australian rural areas show extremely high on-line purchasing, Toowoomba in Queensland for example, and Park says it is important to concentrate on providing a “seamless and predictable shipping experience in those areas”.

But the vast open spaces of Australia might prove a disadvantage in another way. Dr Gary Mortimer, a retail and marketing expert from the Queensland University of Technology, says that these days, consumers want retail shopping to be an experience. They might want to go to a store’s coffee shop, or watch a demonstration in a mechanical workshop, or see that red dress on the catwalk.

“The biggest thing we’re hearing now in mainstream retail is the importance of the customer’s experience,” he says. “Bricks and mortar retail has moved away from price and product to really focussing on that customer experience, particularly customer education. You don’t get that with online. Online is still very much transactional, so I guess the question is how does an online pure play retailer build that relational exchange”.

Park says that, in fact, an eBay app on your mobile phone will enhance your trip to the department store to buy that red dress. With the app you can compare the prices and offerings elsewhere, and check the product reviews to see if other customers liked the dress post-purchase. “Ebay can make your off-line shopping experience a lot richer,” he says.

Certainly, Australian high street retail needs all the help it can get, with businesses stumbling and stores shuttering with dismal frequency. But it’s likely that eBay isn’t enhancing the department store shopping experience, but replacing it. “I guess one reason (for the benighted state of Australian bricks-and-mortar retail) might be the fast growth of ecommerce”, Park says, “and I think that is the reason why Myer was willing to partner with us, instead of losing that internet traffic to their competitors, they’d better be part of the e-commerce business”.

Ebay’s on-line experience, too, will soon be enhanced. With the advent of virtual personal assistants, like Amazon’s Alexa and Google home, sooner or later a customer will be able to sit in her living room, and say, “Okay Google, buy me a red dress that I can wear to the party on Saturday night”.

From previous online transactions, eBay will know your size, your style preferences (long sleeves and a low bodice) and roughly how much you will want to spend. The red dress will soon be on its way. Park says voice recognition for shopping convenience is on the way: “Definitely next year, something will happen at eBay (about voice recognition),” he adds.

The potential of technological advances in on-line retail is enormous. The worlds of virtual, augmented and mixed reality loom large, providing the consumer with three-dimensional views, and potentially, even the smell of products – although that is likely to be some way off.

The gaming industry will probably lead the way in pushing the on-line experience to new heights. Park says that already, in gaming, if you are walking in fantastical three-dimensional woods, you might feel a spider scuttling on your hand. “The actual feelings, and experiences, they are adding those experiences in virtual reality,” he explains.

But on a more prosaic note, he sees the largest potential for the eBay’s growth in Australia in the field of grocery shopping, particularly non-perishable goods, and likely in partnership with large Australian supermarkets.

All the consumer needs is one app open on her phone to buy the red dress from, say, a Parisian atelier, to check the prices of a child’s bicycle for that looming birthday, and to get the week’s groceries. Welcome to the bold new world of retail.